Coming back to New York City after hiking 500 miles in “the green tunnel” of the Appalachian Trail was extremely difficult. I was cranky even at my best, and felt guilty for having been out of touch with my loved ones for so long. It was as if we had been in Narnia, Moose would say, and I had crawled back from the wardrobe and into a world that kept spinning without me. I was an outsider returning from a head-space where all I had worried about for 35 days was what to eat, how far to go, and whether or not the ground would be dry when I got there. After chasing sunsets and sunrises for weeks on end, I turned away from the last white blaze in tears, facing East where an entire network of complex human life awaited my reintegration. Three months later, I found my way back to the bears and coyotes through music.

At the recent Society for Literature, Science, and the Arts (SLSA) conference in Atlanta, I attended a panel on Alfred North Whitehead, where T. Hugh Crawford provided some clarity with his paper “In the vagueness of the low hum of insects in an August woodland: Walking with Whitehead.” Crawford discussed the experience of long-distance hiking as a habit of thinking in the vague in between. Listening to his paper and the discussion that ensued with Joan Richardson about habits of mind, I realized how important music was for William James’s theory of the stream of thought. Fechner and Helmholtz, Richardson reminded us, had a profound influence on James. Suddenly I understood how reintegration into society after long-distance hiking worked for me: the habits of peaceful reflection I cultivated on the trail corresponded with the songs I sang solo hiking to warn away bears. 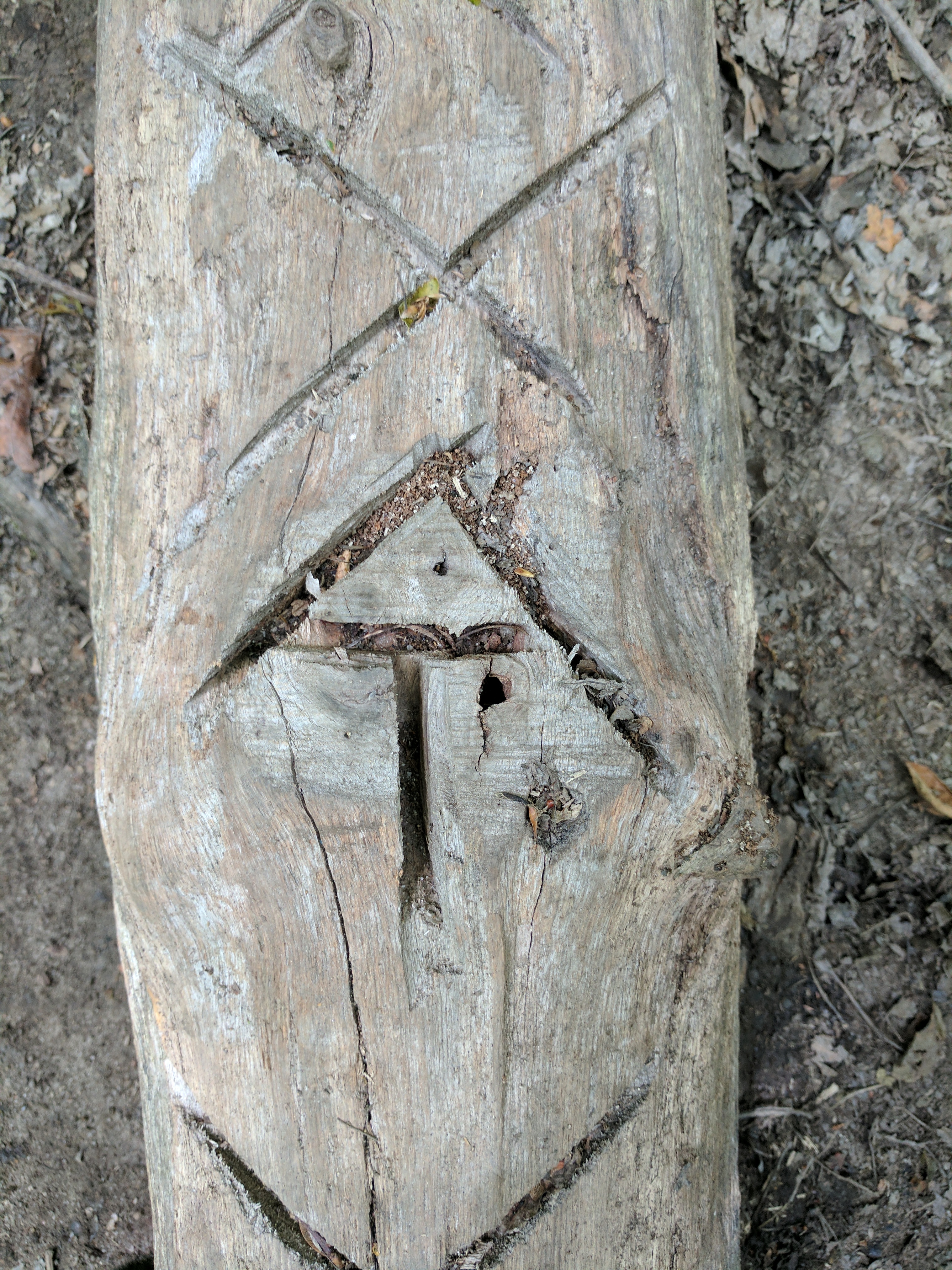 While hiking solo, the song that came to me most often was The Beatles’ “Yellow Submarine,” partly because I love The Beatles and partly because the beat was in tune with the march of my step, especially while going uphill. Some SoBo (south-bound) hikers said they could hear me from two miles away, so I could assure them the trail was bear-free for at least two miles behind me. I scared away several bears before I could see them–but I could certainly hear them and they were BIG. In the heat of July in southwest Virginia, it was harder to walk and sing while profusely sweating and trying to stay hydrated…so I forgot to sing and stumbled upon a mother bear and three of her cubs with the trail (and myself) dangerously positioned in between them. They were as startled as I was, so I stood still and simply sang “Yellow Submarine” to the bears as loud as I could while watching the roly-poly cubs amble down the tree and scamper away. One shimmied down the tree so fast its little butt hit the head of its sibling below. It was quite adorable, which I can say now because I came away unscathed.

Music helped my reintegration into urban life and merging my old (pre-trail) habits of mind with the new (post-trail). I walk and listen and attend to my soundscape more than ever before, and I hear the rhythm of my step, the pulse of my heart, and the sound of my breath as a syncopated music that is the ongoing symphony of my body–it’s a familiar tune that I know well and it has helped me bring two ways of thinking together. The old habits have slowly evolved, like the mending of a silk stocking, influenced by a much more relaxed version of myself. I feel more confident that all will somehow work out, I am equipped to manage danger even when scared, people are more generous than I give them credit for, and I try to rely more on my immediate community without blaming myself for burdening others–because the people around me know that they can likewise depend on me when I’m needed. I say hello and smile at strangers more frequently, and I feel less anxious and more comfortable being myself with all my flaws and quirks. At first when I came back to NYC, even though I had wanted to return I felt agitated almost all of the time. I spent much of my day staring out the window thinking about nothing at all. But now I hear The Beatles in the background, and humanity’s nonsensical moments sound more like the spontaneity of nature and less of a startling surprise. I still have nightmares about coyotes clamping their jaws on my calves (that never happened, but the sounds of deer sniffing my tent always woke me up at night with that greater fear). I also have dreams about snuggling with coyotes in the forest, curling up with them in my tent the way I used to curl up with our husky Moonlight when I was a kid.

Many composers are experimenting with natural music today, and I find myself seeking out more projects that work to translate the music of nature into human hearing range, like John Luther Adams’s “The Place Where You Go to Listen.” I’ve been listening to a lot of Glass and Vivaldi lately, as well as Lars Fredriksson’s cricket songs: http://www.womex.com/virtual/country_eastern/lars_fredriksson/ting_qiu_listening_1. I’ve also changed my text message alerts to bird chirping, which enriches my daily life more than I can possibly explain in a way that would make sense to others.

Music is thinking, and thinking, music. Music has the power to recall memories, and thinking is far more dynamic a process than we give it credit for–it is the spiral of the sound wave in motion that makes all things around it vibrate and sing in harmony in our minds. That is what I think influenced William James as he theorized thinking as an ongoing process that we sometimes pick up and are aware of–like a strain of song–but at other times remains humming in the background.

0 Replies to “Music as Thinking: Going Back to the Trail with William James”