Last year I wrote about several women who are tough as nails, hiking the Appalachian Trail through rain and pain (read Part I here). This year I’m blown away by how many women are on the trail, and how little sexism I’ve witnessed compared to last year’s alpha male surplus. They’re thru-hiking in every bubble and they don’t have time for sexism. Little did I know that when I set out for Roanoke I’d be leaving women’s marches in New York and DC for a giant march of women on the A.T. First, let me tell you about a few of the many remarkable women I met on the trail, and then I’ll get to living life on the trail as a “solo” woman.

Hybrid and I met at Four Pines hostel, where we plotted out how to survive in a zombie apocalypse on the trail, settling on throwing the zombies off the top of Dragon’s Tooth. Our meet-cute definitely passed the Bechdel test. Hybrid has lived all over the world, she scuba dives, she knows how to build houses out of bamboo, and her plan for meeting an aggressive bear is to kill it and turn it into a bearsie (a bear onesie). Hybrid and I soon started hiking together with a trail friend named Bird, a man accustomed to spending time with strong female characters, living back home in Michigan with four women. Bird lost a bet to Hybrid and wound up wearing heels (purchased in town at Goodwill) for 3.5 miles uphill followed by us laughing the whole way behind (and long after). Bird bore the weight of so many men that day, and, most importantly, his calves looked great in the woods (which we decided is the main purpose of heels). As you can see, Bird made us laugh a lot.

Bird and Hybrid helped me celebrate my 600-mile mark with a monument of flowers, Hybrid and I posed at a spot called the Guillotine, we stopped to have hot chocolate in the rain, and hiked an extra two miles to see waterfalls. We spent our time enjoying strange side adventures the trail has to offer, open to what the trail brought us instead of having to prove something by averaging high mile days and instead of sitting in our tents terrified of the dangers of the wild. Our days hiking together have been some of my happiest on the trail, and it was empowering to spend that time together, supporting each other in sisterhood and holding each other accountable for being ourselves.

When I set out for the trail this year, a woman behind me in the security line at LaGuardia Airport saw all my gear spread out for the x-ray and asked me if I was hiking alone. I said yes, and her response wasn’t “aren’t you worried?” or “I hope you’re bringing a knife” — instead she said “that’s the best way to do it” and she told me that her daughter had hiked El Camino in Spain alone and had the best time. I instantly fell in love with this woman and admired her ability to let her daughter go. At this point my parents have learned that no news is good news when I’m out in the woods on my own, but it took a long time for them to get there. Now that I’ve hiked over 800 miles, they seem less concerned by my choice to go solo. And even though I’ve technically been “solo” I’ve spent a lot of time with good people who are also “solo” like Hybrid on the trail, at camp, and in trail towns. The beauty of going solo is having the freedom to choose differently, to be able to do what’s best for you, and it’s great when things line up like your pace and personality but also okay to part ways.

There are many more women I could write about. Inasias carries an enormous, wizard-like staff which has an original poem to go with it, she hikes fast and then stops to enjoy the beautiful views, and she has also been writing an original musical on the trail. Spitfire left the slopes of New Hampshire to hike solo, and after putting in 20+ mile days, she’s the master of self-care: she does yoga in her tent, massages her sore muscles, and reads a book with dinner, then gets up early and hits the trail hard the next day. She fell nine feet between boulders at Tinker Cliffs, stood up in the crevice, then climbed out to laugh it off and enjoyed the sunset. These are tough women. But for this post I think it’s important to speak more generally about women’s everyday lives on the trail.

At camp, women have been talking pretty openly about their menstrual cycles. Some use tampons or take a zero in town, some skip their off week of birth control. There are a lot of options and there’s a support network of women in a private Facebook group to offer advice. They use and reuse bandanas to dab themselves after urinating in the woods, and they carry these openly on the backs of their backpacks for quick access. We burp, we toot, we stink, most of us don’t shave, and we don’t give two hoots about whether or not it bothers men — or anyone — to see us like this. I was at a shelter chatting about daily gripes and bodily functions with three other women and a man said, “I’m just honored you feel comfortable talking about that stuff in front of me.” Honestly, it wasn’t about whether or not we felt comfortable: we simply didn’t care. There’s no time for sexism, secrecy, or mystery on the trail, and why would we be anything but ourselves? 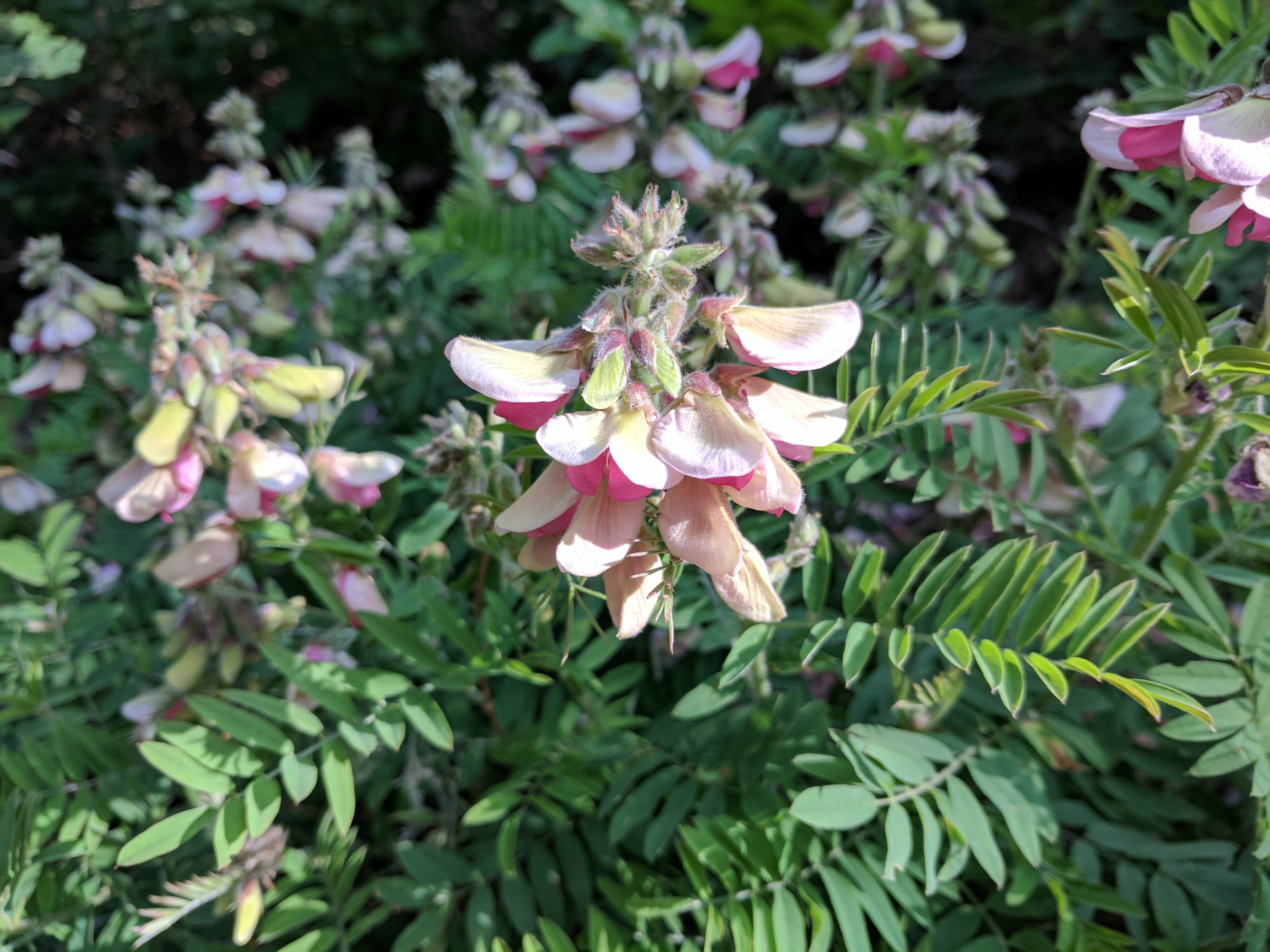 With names like Fuego, Xena, Karma, Spitfire, Carjack, and B. B. King, these women aren’t people you want to mess with and they simply rock. They’re world travelers, tough mudders, ski patrollers, and transient lovers of life. Instead of hearing things like “I could never do that” or “are you carrying protection?” I hear “you go, girl” and “tough as nails” all the time, especially from other women and locals familiar with the trail. As a feminist, this experience has been incredibly heart-warming and I’ve felt more at home on the trail than ever before. 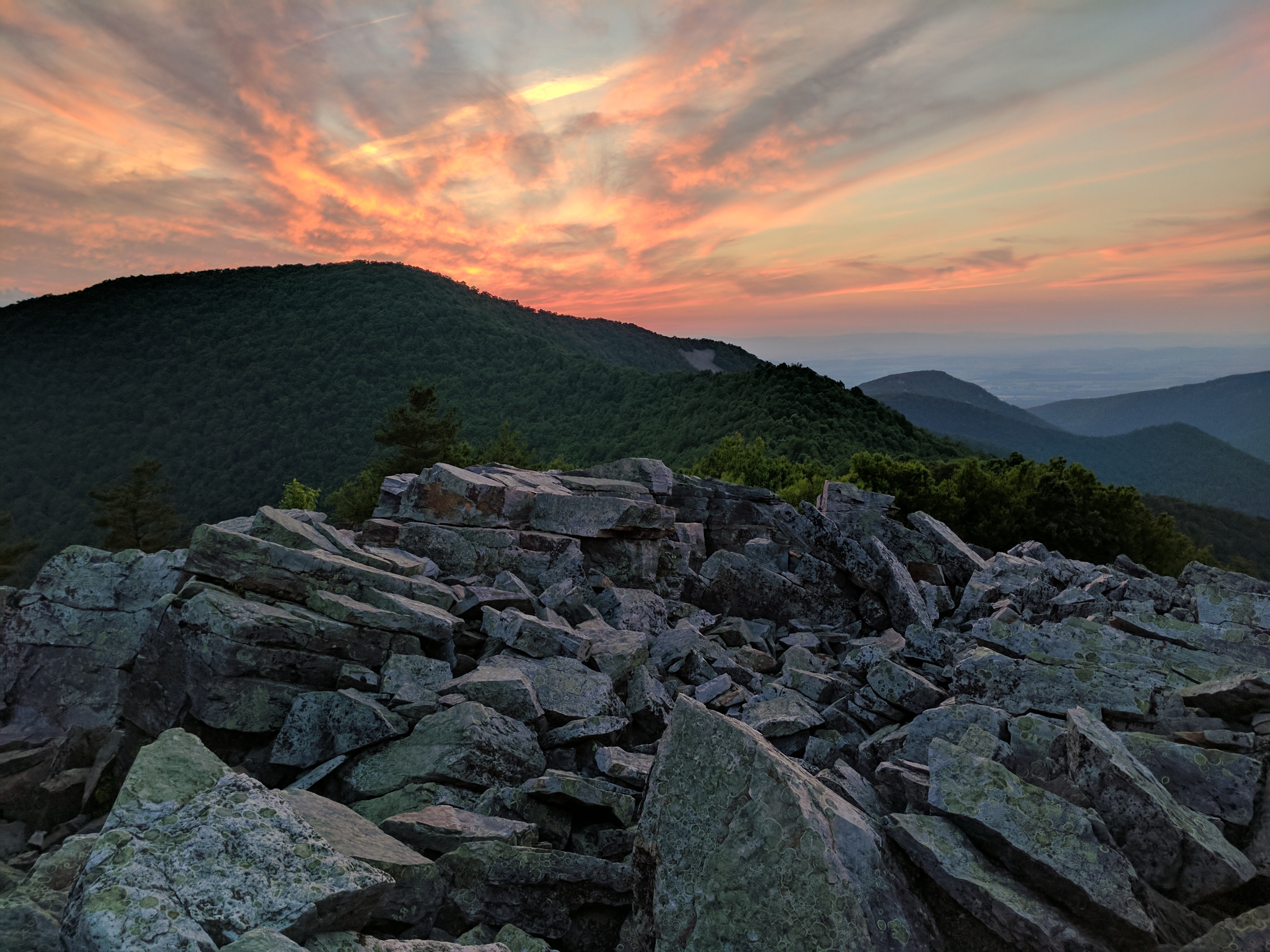 In addition, I’ve​ been getting such delightful mail from women friends who are like family to me back home. Their love and support, which took the form of words, stickers, nature- and travel-themed cards, snacks, and even prayers, was invaluable, especially after rainy days​ or when I got sick with a 24-hour bug and just laid in my tent reading their notes over and over again.

The trail has been such a boost to my confidence as a woman surrounded by other women who make being tough a feminine — not just a masculine — quality. Spending time with women who fall and get blood everywhere, then stand up and keep hiking has been inspiring to say the least. I just hope there’s enough of us out there to change the Mountain Man stereotype and make it a gender neutral Mountaineer image. As Margaret Fuller wrote in Woman in the Nineteenth Century: “Let them be sea captains!”

One Reply to “Hiking Like A Woman, Part II”