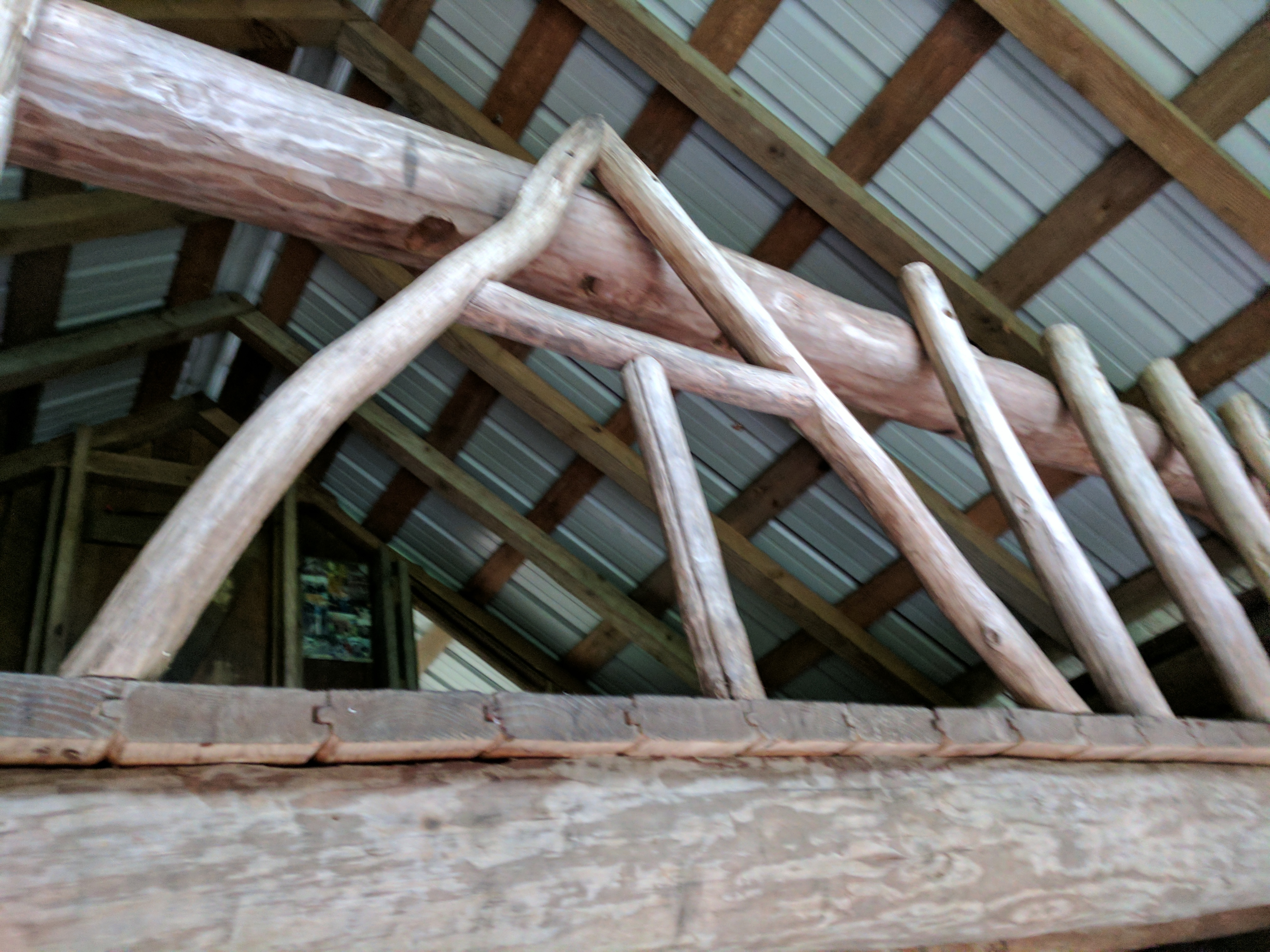 When I hit 500 miles last year I knew it’d be my last night on the trail if the next day was beautiful. I spotted a fox running through a blueberry patch on my way to camp, which I took as a sign it was time to leave — one of my favorite passages of Thoreau’s Walden is about a fox — even though I don’t believe in signs. I made dinner in silence, hung my bear bag on one of many empty branches, and slept alone in a damp shelter (there had been summer squalls every day for two weeks). I only woke up once to find a bat hanging upside down above me, noming on a moth, and I was thankful for the good company. The next day I put on my wet clothes, packed up in silence, took one last look around and hiked through the mud into a surprising, gorgeous meadow.

The sun came out, the bees were humming between the purple and white flowers, and I starting crying because it was so damn beautiful (meadows are my favorite) and I had promised myself never to quit on a bad day. This was the first nice day I’d seen in two weeks. 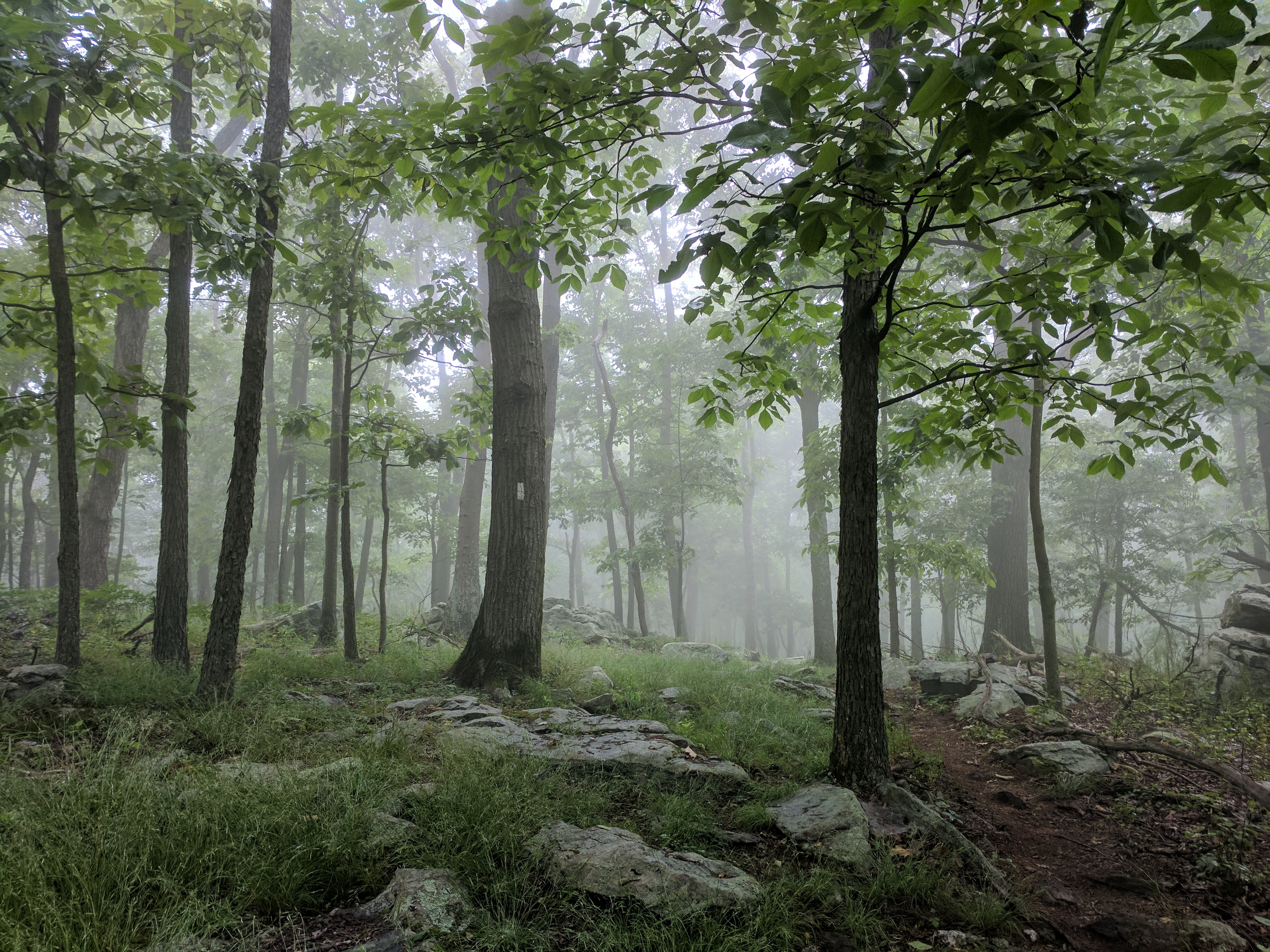 I kissed the A.T. blaze at the crossroads and turned toward 8.0E to Newport, VA. I felt defeated (I had wanted to do much more) and relieved (I was homesick, exhausted, and lonely). Some hikers say that if you get the Virginia Blues, just lock yourself in a hotel room with five pizzas and don’t come out until the pizza is gone. I was pretty sure there was no cure for this kind of blue; there was no euphoria at the 500 mark for me, only exhaustion. They say, “No pain, No rain, No Maine,” so instead of lightening up my pace in the rain, I pushed myself harder to grin and bear it, which was the wrong choice for me. But I was alone, most of the hostels had closed for the off-season, and I didn’t have the energy to cheer myself up anymore. Nature can be as whimsical as Emerson and Thoreau portray it, but it had been a relentlessly brutal July in Virginia. 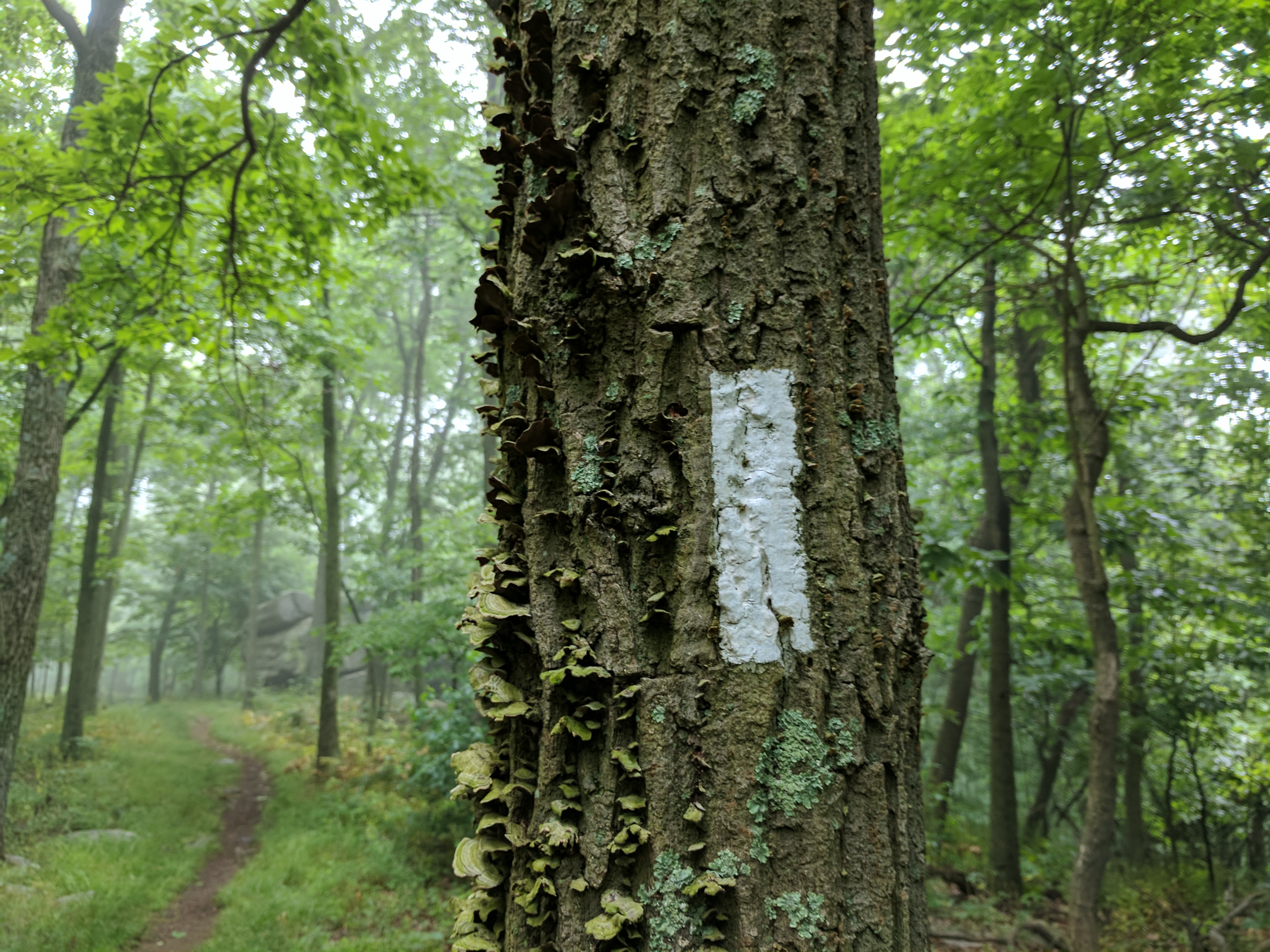 Some things I did when I got home helped, and this post is here to help other long-distance hikers prepare for withdrawal. I spent several days with a good friend in Virginia eating to my heart’s content and day-hiking, and then I headed back to Manhattan. I sat outside a pastry shop on the Upper West Side, ate cake, and stared into the distance…for about a week. Then I signed up for a trail run (thanks to a friend who knew what was good for me) and I started training. I scheduled a weekend hike with a close friend in New Hampshire, one of my favorite places. I didn’t tell all of my friends that I was back all at once. I took my time to travel and see people I hadn’t​ seen in a long time. I applied for a job to pay for an extra six weeks of life in NYC that I hadn’t anticipated or budgeted for. 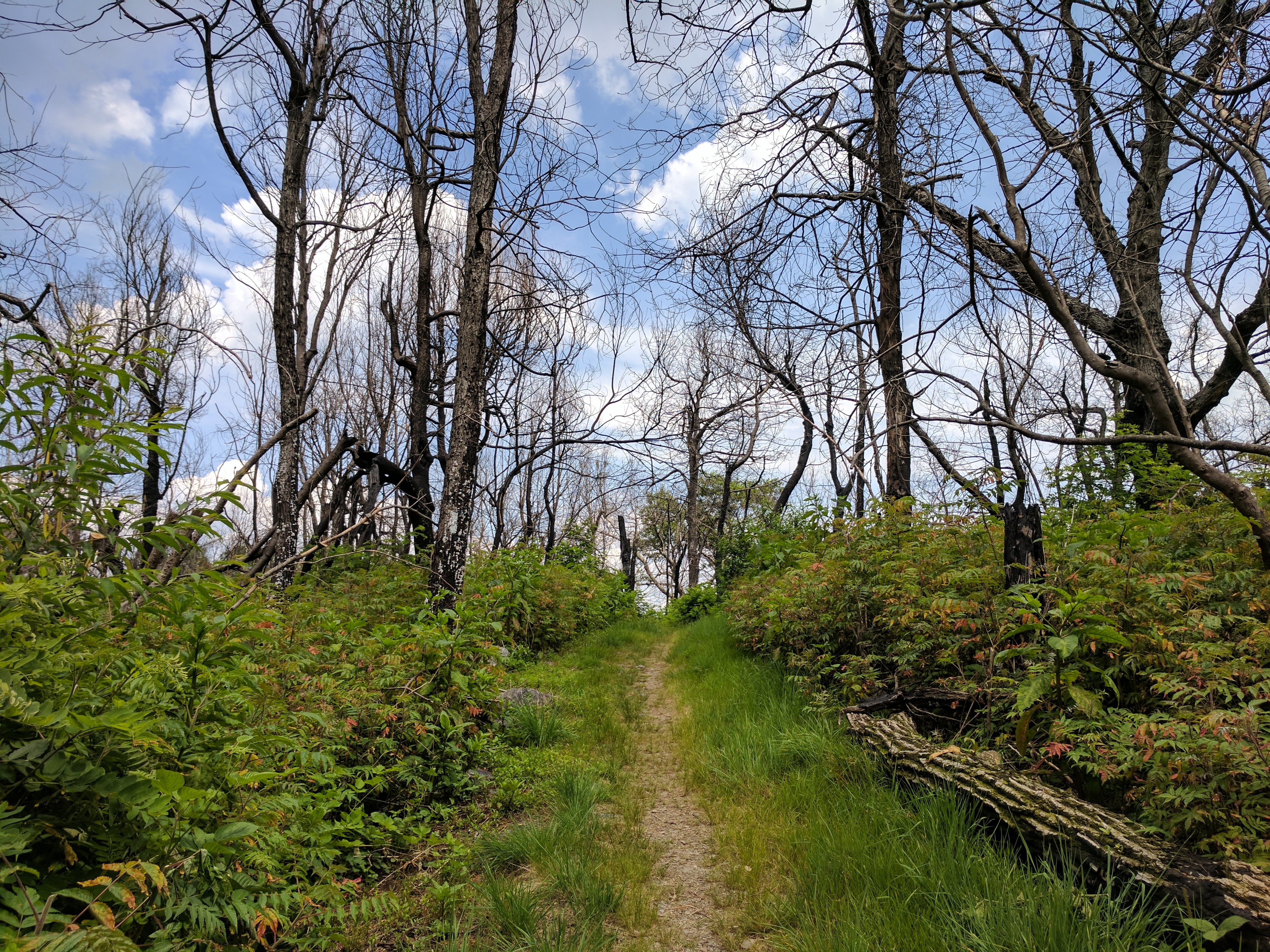 Time passed and it got better even though I lost my trail legs. Unexpectedly, as the year wore on and I encountered surprising situations that made no sense to me, I found myself singing an old, familiar earworm to myself. The same songs I sang to bears on the trail worked to calm me down in the face of bad situations (read more about this here). What popped into my head when I was startled or anxious was the same tune that popped into my head when I found myself in immediate danger, life-and-death danger. That kind of memory really puts work stress and social anxiety into perspective, making my “real life” concerns feel a great deal smaller outside the green tunnel. In the green tunnel, that singular path of focused attention, the dangers of dehydration, aggressive animal encounters, infections, Lyme disease, sprains, and running out of food were frequent. Those stakes will always be higher and more real to me than what I face in the “real world” — it just takes me a few heartbeats to remember that. 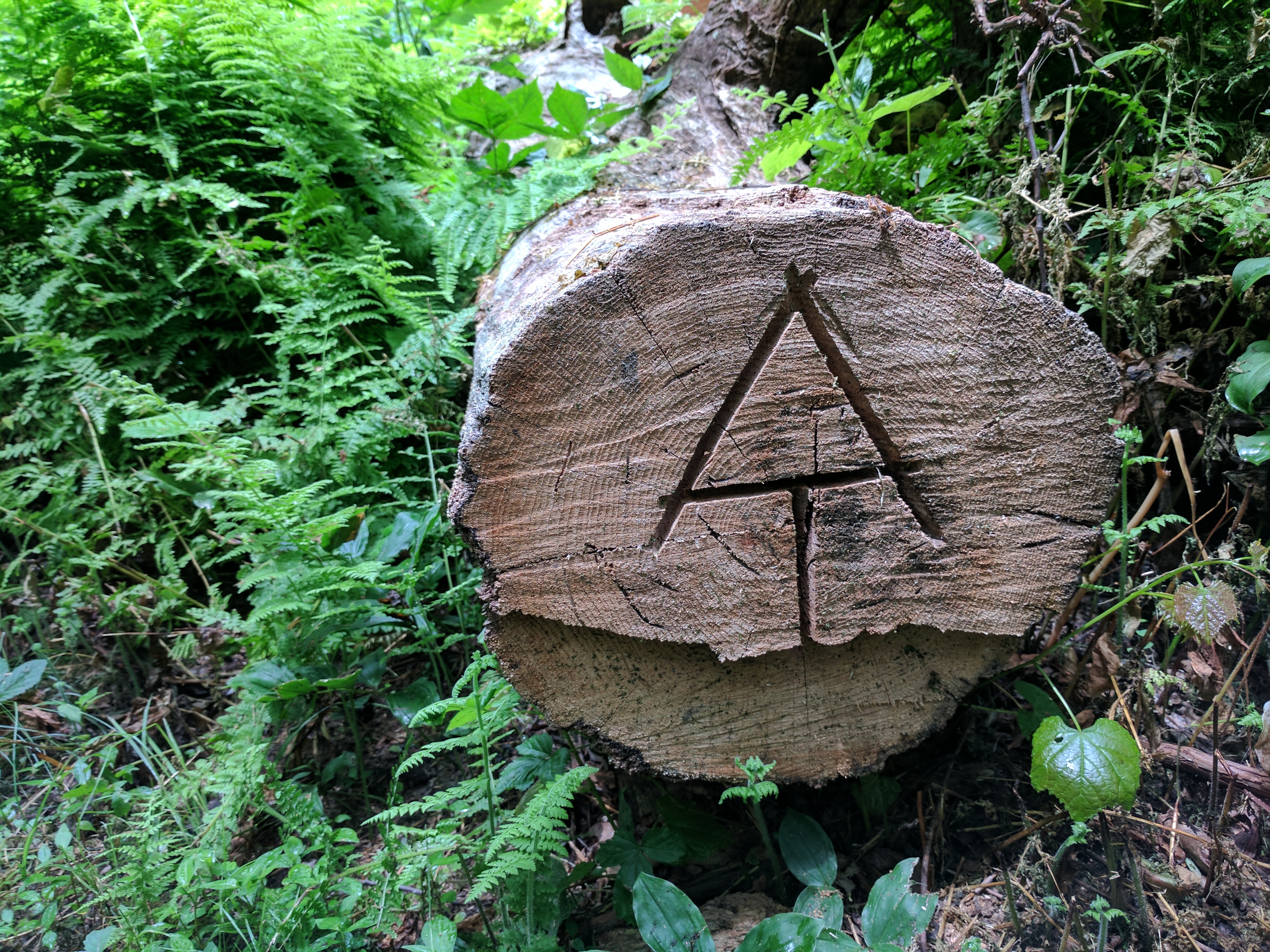 The magic of the trail (the kindness of strangers, support network of thru-hikers, and that optimistic sense that whatever goes wrong it’ll all work out) is hard to find in the “real world,” which is often unforgiving, misunderstanding, cruel, and unfair. There’s a reason–a very good reason–why hikers avoid camping near roads: people are more dangerous than nocturnal critters. People are more complicated and predatorial than scavengers, more like mountain lions, coyotes, and spiders–not all, but enough.

That said, the trail has made me realize that strangers are often more forgiving than I give them credit for. Trail culture shapes you into someone who has an easier time finding good people and keeping them around. It shapes you into a more generous, aware person, capable of accepting difference as productive instead of considering difference something to fear. And if you can channel those good vibes by singing yourself a song you’d sing to the bears, or by incorporating more outdoor activities into your daily life, then the distinction between “real world” and green tunnel dissolves–ultimately, you are the same person traveling in between, and if there’s one thing hikers are good at, it’s getting from place to place.

When I returned to Virginia this summer and faced the trail blaze that I had kissed goodbye, I nearly lost it in front of my ride and a hiker named Bones waiting for a lift with his dog, Ross. I’m sure that would have been a strange sight: newly deposited on the A.T.–instantly cries. I walked 10 miles to the first shelter as fast as I could, and nervously introduced myself to new people (this time I was there in season!), still figuring out how to tell my story. In a few days, I stopped saying “just 500 miles” and started celebrating “500 miles” proudly. I started saying I had a “high pain tolerance, low rain tolerance” once I realized that I wasn’t alone, that spirits get very low in the rain no matter how tough you are. Then the miles flew by and I was having the time of my life despite pain and rain (this time with newfound friends, hot chocolate, and faster-drying socks). 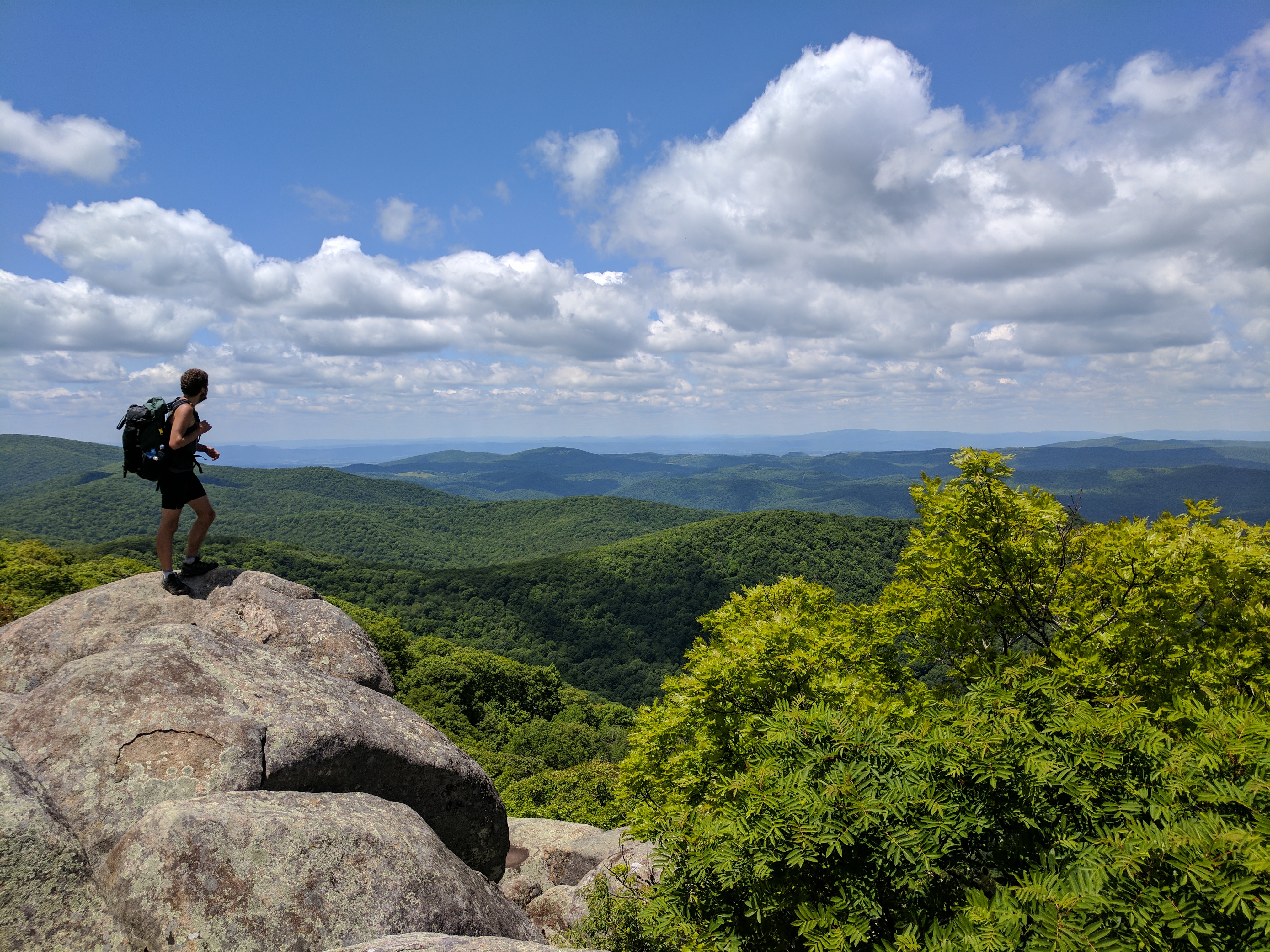 The first 50 miles were an emotional rollercoaster until I got out of the section that I had painfully left the year before. Then my real adventure began, but it wasn’t all about going “into the wild”–much of my time was spent talking out problems and sorting them out over the miles. Making friends along the way kept me in touch with the “real world” in a good way. Writing and receiving letters from close friends also helped me stay in touch, and now as I head home I know there are several people waiting for me who have an idea of what I’ve been through these last 400 miles. They also know from last year that turning away from a single path (in what felt like Narnia) toward a more complicated world is extremely difficult. They’re patient, they know I’m pretty beat up and hungry, and they’ve put themselves into position to help me transition back to my city life. It’s not something I can do easily alone and I’m grateful to them for being aware and ready. They have reminded me that catching up on emails can wait, sitting in parks is better than eating lunch indoors, and they offer to go on long walks while we catch up and my metabolism winds down from 20-mile days. 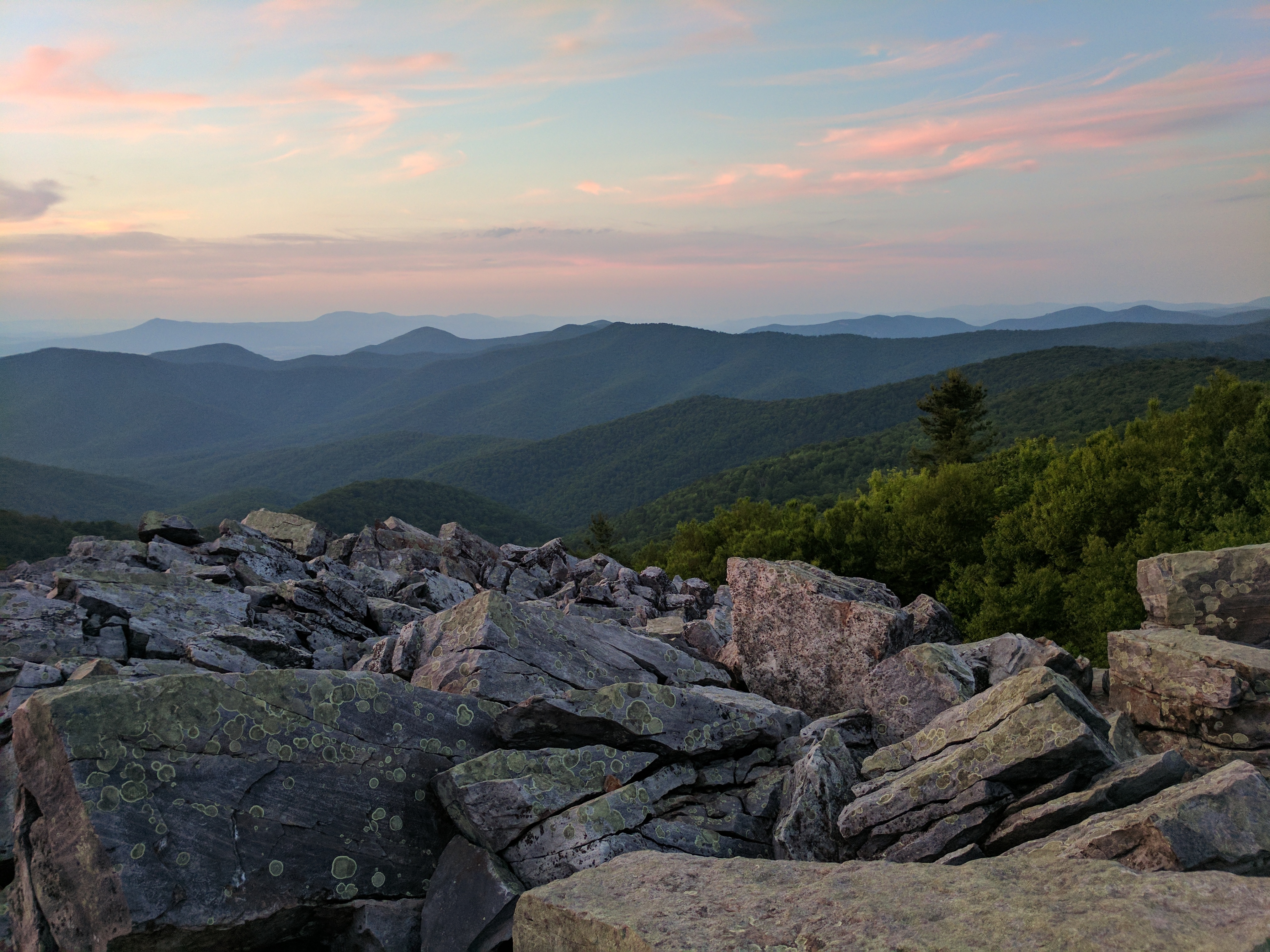 On my last night on the trail in Maryland, I made tea and shared it with Grey Beard (who will be the oldest man to complete the trail at age 82), opened a nip of Jack Daniels, and told stories. I slept in my tent even though it was supposed to rain, not the shelter, and I rejoiced that there were lightning bugs and that everything was in its proper place when I went to sleep. When I woke up the next morning and left camp, I got weepy and told myself, “Stop that! Enjoy this!” That tough self-love worked. I stopped to talk to people and learn their names, drew tree-rimmed ponds in the trail logs, and took pictures. It was a hot, muggy, miserable day and the 20 miles I hiked were very rocky but I made it to my finish line: 900 miles. My ride was waiting, a veteran thru-hiker ready to celebrate with me, and I made myself a little monument (below). There was no time for tears because it was all joy with good people in the parking lot who congratulated me on 900 even though they were already celebrating 1,000. With sore legs and a happy heart, I didn’t look back and I’m content knowing there’s still some trail left waiting for me. 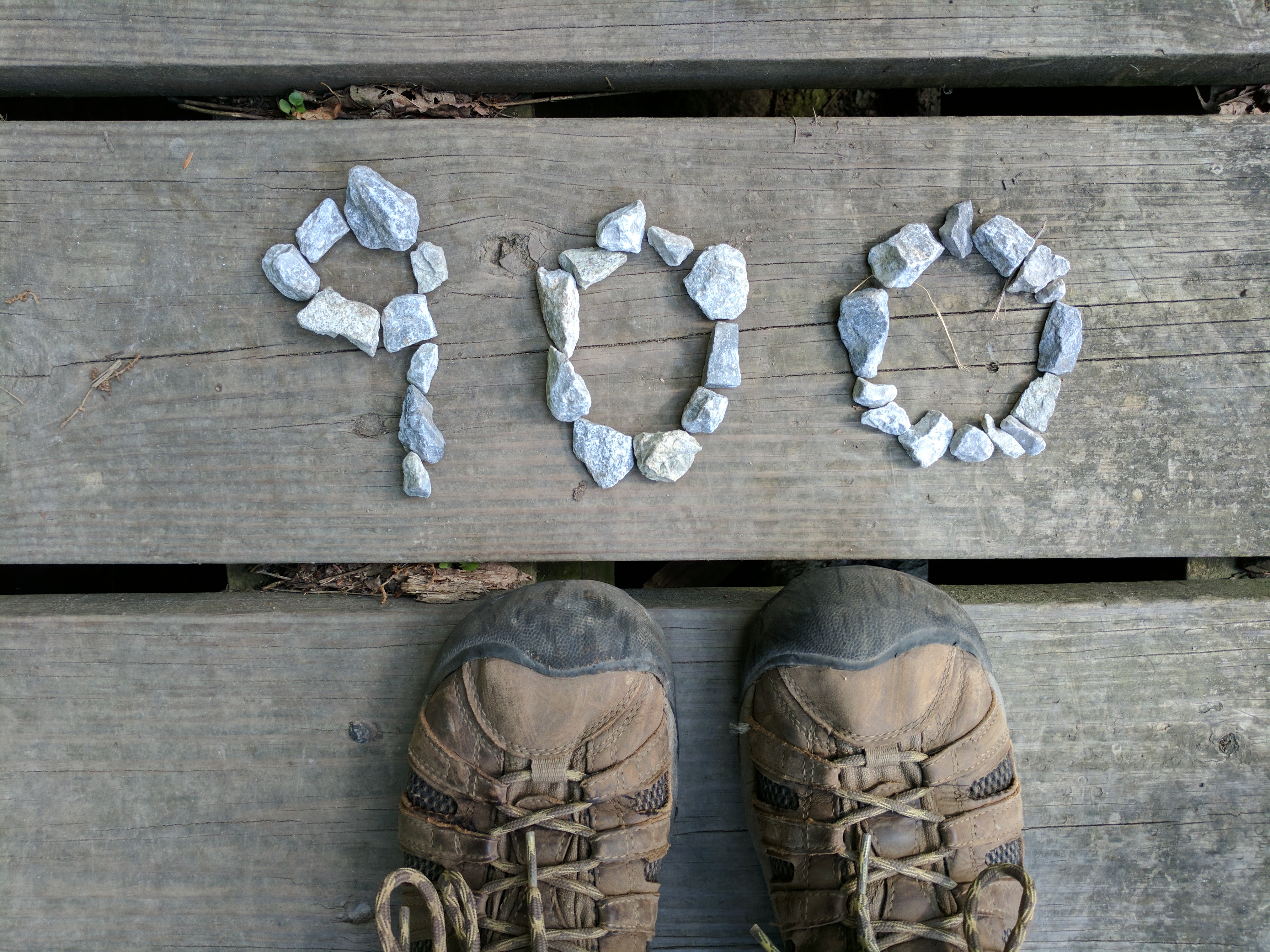 The best part of coming home was seeing my partner, my biggest trail support. In my last shake-down (when you go through your pack and get rid of things you don’t need to lighten the load) I had sent him my book which I had also been using as a journal. I told him he could read it to see what I had been up to and to get a sense of how my voice changed day-to-day. When we saw each other, I felt immediately understood and finally had an opportunity to show him how grateful I was for all his support. I put a magnet of the Katahdin end point on the fridge. The transition home was much easier when I had a small handful of people to celebrate it with. And it might be more A.T. for me, but maybe for you it’s the PCT or CDT as you work toward your triple crown. Wherever your next journey may be, you know there’s more trail and adventure waiting for you somewhere out there, so give yourself a week to eat cake (or five pizzas, or all of the above), stare off into the distance, and then start planning.

p.s. If your hiker hunger is getting the best of you in your first week back home, try to fill yourself up on high-protein meals (salmon, eggs, whole milk, and chicken work great). That should help keep you feeling full, keep your energy level up, and go toward helping your muscles recover. But cake is pretty great, too.

(she/her) Works at @TLH_CUNY. Americanist, Environmentalist, Feminist, Sound Recorder, Podcaster, PhD in English from @GC_CUNY. Opinions are my own.

"If we can imagine a post-pandemic campus that nurtures rather than fatigues, we can begin to make such campuses our future." Check out this wonderful piece from @nrhelms @caitskirby & @AsiaMerrill4

Transformative Learning in the Humanities@TLH_CUNY·
25 Jan

RSVP today for a two-part Anti-Racist Pedagogy Workshop by Felicia Rose Chavez, author of The Anti-Racist Writing Workshop! These are virtual, free events open to all of @CUNY and beyond this February! #TransformCUNY #creativewriting #pedagogy https://www.eventbrite.com/e/adapting-our-teaching-habits-with-felicia-rose-chavez-tickets-231047548437

I've got students apologizing for getting covid, despite despite despite. I fear that what they're learning from these brutal years is to take individual responsibility for structural failures.

"Why we stopped grading our students on their writing" - a must read! And the lovely collection @SusanDebraBlum edited is featuted within: https://wbur.fm/3JXOfFD via @cogwbur

McSweeney's just gets it. https://www.mcsweeneys.net/articles/how-we-will-separate-you-from-any-lingering-hope-and-other-important-topics-of-todays-faculty-meeting?fbclid=IwAR3nkuTIjm216fCCdFXMLPeoezSZcRjl_Qz9pQmGePm_JL_I0igkndYf6nc